Part 1 of this story can be found here

Part 2 of this story can be found here

Upon his release from Old Capitol Prison in Washington, it seems likely that Willie Jett returned home to Westmoreland County, Virginia. Willie gained a 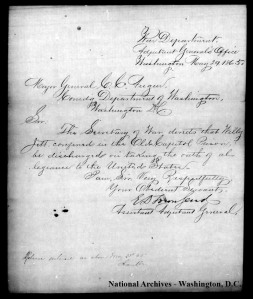 slight amount of fame from his encounter with Lincoln’s assassin and he appears frequently in accounts of Booth’s escape and death. Many of these descriptions claim that Willie was discarded by Izora Gouldman, the woman he was purported to be courting in Bowling Green, and that he was ostracized by his friends and family for having guided the Union authorities to Booth’s hiding place at Garrett’s. John L. Marye, Jr. a relative of Willie’s and the son of Fredericksburg’s John Marye, later wrote about Jett:

“He was never ostracized by his friends or outlawed by his family. No person of sense blamed him in the slightest degree for his action in piloting the Federal cavalry to where he had left the lame man (Booth)… Mr. Jett was in his spirits and demeanor in no way affected by the unfortunate circumstances with which he was frequently connected. He went to Baltimore a year after, engaged in business, traveling constantly in Virginia, and married the daughter of a prominent physician of Baltimore.”  – “Mr. Jett and the Capture of Booth” by John L. Marye, in The Century Magazine, Volume 52, Issue 4 (August 1896) pp. 637-638

Tracing Willie’s postwar movements is a little difficult, as he is a bit elusive in the census records. He does appear in the Baltimore city directory for 1879, listed as a salesman 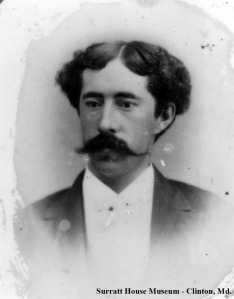 living on North Howard Street. For the next three years, he continues to appear in the city directory as either a salesman or a tobacconist. The 1879 Baltimore directory, however, lists Willie as living at 273 Lexington Street, the home of Dr. John J.R. Krozer. The woman Willie married is said to be Fannie Krozer, the daughter of Dr. Krozer. Their marriage seems to have been a rocky one, as Willie began to show signs of mental instability. An 1882 newspaper article about Willie described an incident in which he confronted a Baltimore streetcar conductor with a pistol. This resulted in his arrest. After his release, Willie was again picked up, this time for stealing a window from a carpenters shop as well as plants and flowers from a city park.

“The second night in the station-house he became very violent, and to keep him from attempting to kill himself he was ironed and handcuffed. His father-in-law and several other physicians examined him and pronounced him insane, whereupon he was sent to the asylum.” – “Booth’s Capture. The Man Who Pointed Out the Refuge of the Assassin Declared Insane.” Chicago Tribune, September 7, 1882

Willie next appears in a brief announcement in the April 9, 1884 edition of the Richmond Daily Dispatch. Datelined April 7, 1884 in Williamsburg, Virginia, the announcement reads: “William Jett, the party who gave the

authorities information that led to the capture of Booth, the assassin of President Lincoln, was brought to the insane here Saturday.” Willie died at the Eastern Lunatic Asylum on July 17, 1884.Willie’s obituary lists his cause of death as “apoplexy.” John Marye, Jr. stated that Willie died of “paresis.” Rumors abound that Willie actually died of syphilis. Insanity, apoplexy, and paresis may certainly be considered symptoms of a syphilitic infection, so perhaps Willie did die of this sexually transmitted disease. His remains were brought to Fredericksburg and buried in the city cemetery.

If it weren’t for a chance encounter with John Wilkes Booth, Willie Jett’s name and story would most likely be forgotten. If you find yourself in the Fredericksburg City Cemetery, wander over to Section Five, Lot 91 and pay Willie Jett’s grave a visit. He remains one of the Fredericksburg area’s links to one of the largest, if not the largest, manhunt in our nation’s history. Perhaps in future posts we’ll look at some of the other connections.