At the park, we thrive on four things: visitors (especially interested visitors), new sources (including images), new discoveries about familiar sources, and new places. Our explorations of the Lower Crossing site combined a couple of these–some new understandings along with a chance to visit a site none of us had ever been to before. This week offers our staff and all of you another chance to visit a site that, as far as we know, has never been trod upon by a group for historical purposes–certainly not in the last three decades or so. 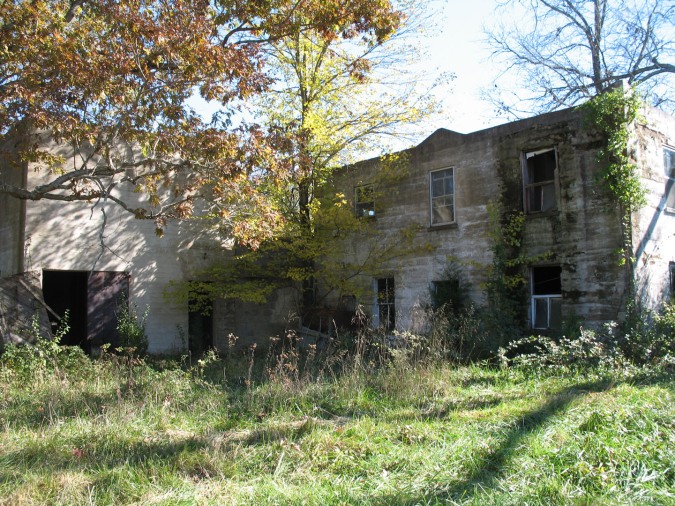 The tour will pass by this site, one of the most unusual in the park....the product of an Italian immigrant to the Fredericksburg region.

This week’s History at Sunset program will explore the Hawkins’ farm and the approaches to the Union Buschbeck line at Chancellorsville–all part of the landscape associated with Jackson’s Flank Attack. All of the land the park owns associated with Jackson’s May 2 attack has come into the park in the last 15 years; this tour is focused on land that is not owned by the park. Led by Frank O’Reilly and Jake Struhelka, we for the first time will look at places of Union resistance along the route of Jackson’s flank attack, including the stand of the 26th Wisconsin behind Wilderness Church.

This tour is taking place by grace of the Hawkins family, which is permitting us access to their land. Bear in mind that everyone attending will have to sign a waiver of indemnity to enter the site. It’s a bit of an awkward way to start a tour, but we cannot ask the family to bear the risks of having us visit.

The Hawkins girls after the war.

Members of the Hawkins family were in the house during the battle. They had a number of notable encounters with Union soldiers during the dramatic early minutes of Jackson’s attack, as you will hear from Frank and Jake.

This is the second of this year’s History at Sunset Programs, and one of the first we have ever done on private property.  We’re grateful to the Hawkins family for having us.  Friday night, 7:00 p.m.  Wear some good boots and long pants.

Begin at the tour stop for Jackson's Flank attack, 1.8 miles west of the Chancellorsville Visitor Center