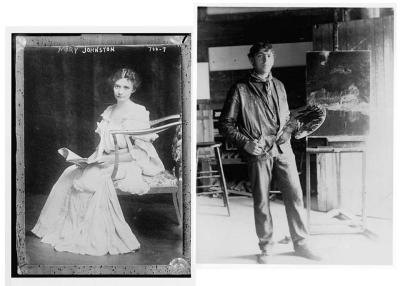 Recently, I read portions of Johnston’s Wyeth-illustrated novel Cease Firing (Houghton Mifflin, 1912). It occurred to me that this picture in the book, accompanying her account of the May 12, 1864, fighting at Spotsylvania’s Bloody Angle, may now be the least known of its nationally circulated and publicized depictions: 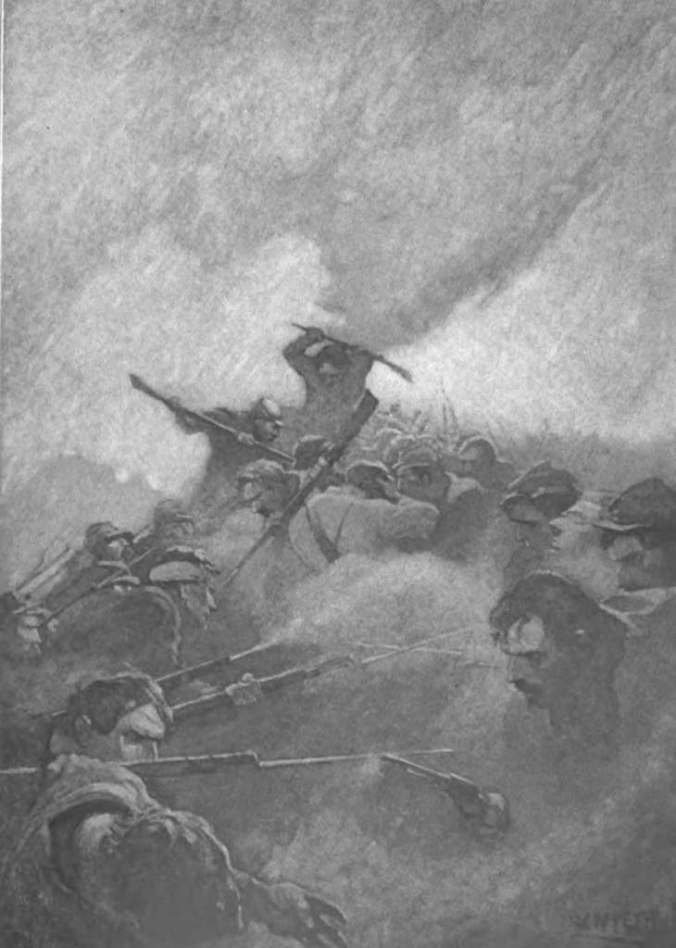 (This black-and-white, online version of the artwork is in the public domain; Wyeth’s original painting resides in a private collection but is viewable in low-rez color here. That, by the way, is from a thumbnailed catalog that inventories many of Wyeth’s other historical works, including some of his sketched studies of Civil War soldiers. Wyeth’s Wiki entry is here.)

And Wyeth’s grim vision of the Bloody Angle only hinted at the horrors of Johnston’s, which began with self-narrating stabs by a Confederate’s blade:

The breastwork here was log and earth. Now other bayonets appeared over it, and behind the bayonets blue caps. “I have heard many a fuss,” said the first bayonet thrust, “but never a fuss like this!” “Blood, blood!” said the second. “I am the bloody Past! Just as strong and young as ever I was! More blood!”

The trenches grew slippery with blood. It mixed with the rain and ran in red streamlets. The bayonet point felt first the folds of cloth, then it touched and broke the skin, then it parted the tissues, then it grated against bone, or, passing on, rending muscle and gristle…. Where weapons had been wrested away men clutched with bare hands one anothers’ throats. And all this went on, not among a dozen or even fifty infuriated beings, but among thousands.

END_OF_DOCUMENT_TOKEN_TO_BE_REPLACED

Today is the 150th anniversary of the iconic photo taken by Timothy O’Sullivan of a group of escaped slaves crossing the Rappahannock at Tinpot Ford near modern Remington. To honor the event, a group of friends including Bud Hall and Craig Swain visited the site this morning. Craig has written about the visit and the photo here.

Hot off the press:  You might be interested to know that this fall Eric Mink, Noel Harrison, and John Hennessy do a special speakers series based on Mysteries and Conundrums.  It’s a chance for us to meet some of you, and you us, and look at some of the more interesting mysteries and conundrums we have unraveled and some we continue to work on. The idea is to share in live time some of the discussions we have, or hope to have, in this forum, and give you an opportunity for you to ask questions or raise new mysteries and conundrums.  We’ll rely almost entirely on historic images, and will lookly deeply into them, focusing on the the new, the interesting, and unusual about the Civil War-era landscapes in and around Fredericksburg.

All programs begin at 7 and will be at the Headquarters Branch of the Central Rappahannock Regional Library at 1201 Caroline Street.  The schedule:

September 10:  Mysteries and Conundrums:  Civilians.  Harrison and Hennessy will reveal some of the more curious things that emerge from period photographs, art, and documents—what they tell us about the civilian landscape and the people who lived there.

October 1:  Mysteries and Conundrums:  Killing Fields.  Harrison and Hennessy will look intensively at period images of battlefield landscapes—including some taken while fighting was underway—as well as post-war and even aerial imagery of the fields.

November 19:  Mysteries and Conundrums:  Building a Battlefield Park.  Eric Mink will explore his compelling work on the evolution of the park, touching on the Civilian Conservation Corps, segregation, and some of the more curious episodes in the park’s history.

All programs are free.

[Apologies for the quiet of late–vacations and a heavy workload have conspired to limit attention to Mysteries and Conundrums. Things should ease up soon.]

In my meanderings through newspapers this week I came across this item from the Fredericksburg News in January 1867. It was written while the Union burial corps was at work moving the Union dead at Fredericksburg to the new National Cemetery on Willis Hill (the southernmost portion of Marye’s Heights). The article drips of bitterness and speaks to the continued wretched condition of the local economy. 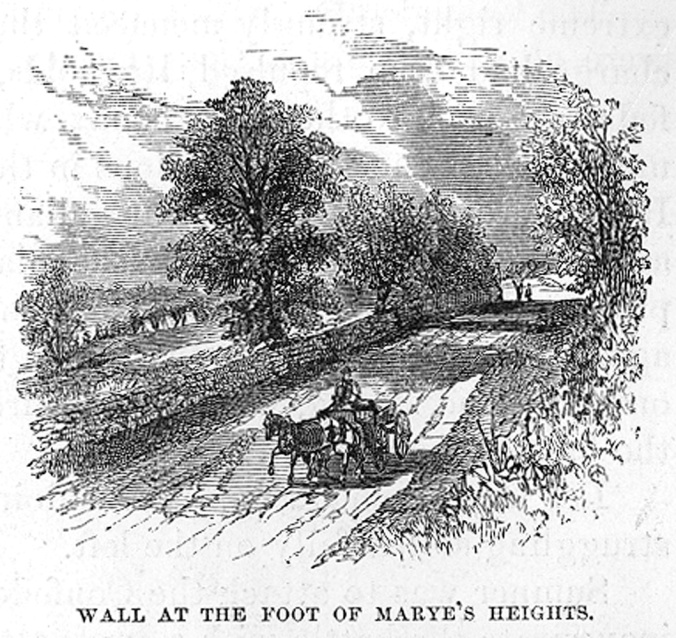 Camp of the Union burial corps along Sunken Road after the war.

PAYMENT OF “BURIAL CORPS”– Eleven thousand six hundred dollars, we hear, were paid out here on Saturday to the “Burial Corps for their pious labors in re-burying the Federal dead during the months of October and November.  But for General Lee’s mercy to citizens in refusing to fire on Fredericksburg on the night of December 15, 1862, ten times as many would have required the services of a Burial Corps; and that interesting “Corps” would have had occupation, and pay to spend in Fredericksburg for some time to come.  Burnside, it seems, was our benefactor.  But for the stupid slaughter of his own soldiers, there would not have been so much money paid out in impoverished Fredericksburg.  The field on this side of Marye’s Heights, on which was grown the corn our charity sent to starving Ireland in 1847, has yielded a rich harvest in the Irish invaders slain, whose dead bodies covered its fair surface in December ’62, and now the money paid for their re-interment on the “Heights” they could not take, will bring a circulating medium to the Confederates whom they robbed and whose houses they sacked.”

This piece highlights a couple of things that warrant a future post–the idea that Lee’s army did not fire into Fredericksburg, and the irony that the fields that produced food sent to relieve the Irish famine in 1847 would later witness the deaths of so many Irishmen on December 13, 1862.  More on both soon.