Few battles inspired as much abject, freely expressed fear as did Fredericksburg. 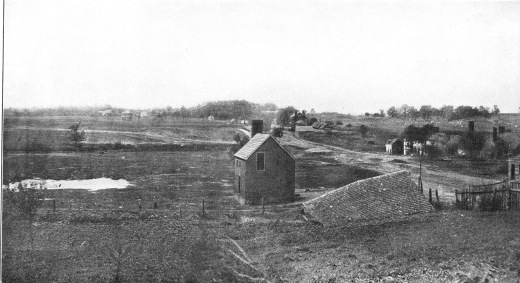 At night I crossed into the town ….The streets were full of soldiers lounging and smoking about their fires, or wrapped in their blankets and sleeping, their muskets stacked, in numbers that indicated the immense mass of troops that occupied the place. …. Behind the dark and gloomy hills compassing the town on the enemy’s side there was a wide glare of many fires, like an aurora borealis, marking the presence of the rebel army of Virginia.

– Correspondent of the Cincinnati Commercial

Tomorrow we anticipate a dreadful engagement; of the result we are not too hopeful, for we are aware of the almost impregnability of the enemy’s position, his great force and desperate condition.  We have confidence in Burnside, faith in the justice of our cause, and believe, with the slightest shadow of doubt, that victory will crown our arms.  With this hope we will rest.

Tomorrow we commence the crossing of the Rappahannock & will be sure to have a fearful fight-In fact I expect we will be licked, for we have allowed the rebs nearly four weeks to erect batteries, &c. to slaughter us by thousands in consequence of the infernal efficiency of the Quarter Master Genl & his subordinates.  If we had had the pontoons promised when we arrived here we could have the hills on the other side of the river without cost[ing] over 50 men-Now it will cost at least ten thousand if not more.  I expect to be sacrificed tomorrow….If tomorrow night finds me dead remember me kindly as a soldier who meant to do his whole duty…

The heights, in the rear of the town, are bristling with guns and rifle pits, and entrenchments cover the entire face of the whole range.  Why we should be compelled to charge at the very strongest point of the enemy’s position is an enigma that n one can solve; one thing alone is certain, that by tomorrow at this time many of our old comrades will have fought their last fight, whatever may be the result.

During the day the surgeons of the different regiments and brigades have visited the town, and selected such buildings as from their locations or other considerations seemed recommended as proper for hospital purposes.  These are designated by the usual red flags;  and every member of the ambulance and stretcher corps is notified the house to which is to be carried the wounded of his regiment.