Tomorrow is the 150th anniversary of the Confederate capture of Union wounded at Sherwood Forest in southern Stafford County. The moment prompts a post on this compelling place. 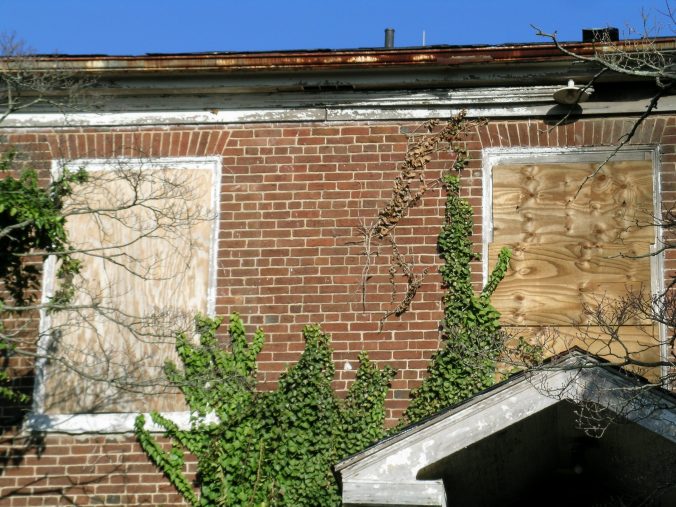 In the last ten years, as the threats that would consume it intensify, Sherwood Forest has assumed a majestic aura wrapped in melancholy. Atop a rounded hill a mile from the Rappahannock (near what we know as Fitzhugh’s Crossing), the former home of Henry Fitzhugh and his wife Jane Downman Fitzhugh peers out between massive trees over a landscape that was for two centuries formed and managed by slaves. Today, the “big house” is boarded and mouldering. The adjacent kitchen quarters (an impressive building) is likewise sinking, while a nearby slave cabin (which we have written about here) is near collapse. The prospects for Sherwood Forest are not bright. A development company owns the house and surrounding acres. No plan is in place to preserve it. No one has stepped forward offering to do so. Thus the melancholy aspect of Sherwood Forest.

The kitchen quarters at Sherwood Forest

Though the house is commonly dated to 1810, it’s more likely the Fitzhughs built Sherwood Forest just after their marriage in 1837. In the years before the war, Henry Fitzhugh established himself as one of the best farmers in the region. He also developed a reputation for hard drinking and  hard dealing, especially as his slaves saw it (we have written about that here).  During the war, two sons entered the Confederate army and the elder Fitzhugh left for more southern environs, leaving the house to the care of his wife and daughter.

The entire Union bridgehead, from Fitzhugh’s Crossing to Franklin’s Crossing