rom Hennessy:  The other day I came across the brochure publicizing the events associated with the Centennial of the Battle of Fredericksburg in December 1962.  As a quick and vivid measure of how things have evolved since then (both thematically and methodologically), I thought I would post both the 1962 program and the program we distributed for the 150th in December 2012.  I suspect what took place at Fredericksburg is largely typical of most Civil War parks, both during the Centennial and Sesquicentennial (perhaps with the exception of Manassas, which was a BIG deal in July 1961–unlike anything we have seen since).

Bear in mind that in 2012, the battle anniversary was just a single part of a much larger series of events spanning the year that addressed the civilian experience, slavery, freedom, emancipation, and the political context of the war.

What strikes me most:  we have this vision of the Civil War and its centennial as being central to American culture in 1962–the “heyday” of American interest in the war. We often hear the lament that the Sesquicentennial was not the event the Centennial was. That’s certainly true. But ponder the question this way:  if we tried to do in 2012 what was done in 1962, we would have been shouted out of business as being token and insufficient in every respect.

The heft of the respective programs–each intended to meet latent public demand–would suggest that the public had far greater expectations and the NPS had far greater aspirations in 2012 than in 1962.

By the way, the events at Fredericksburg for the 150th attracted somewhere near 23,000 people. I am not aware that any statistics exist for 1962, but I suspect (given the nature of the programs) attendance probably amounted to a fraction of that.

Click on the various pages to view the respective programs.  Once in the gallery, you can click on a button to get the images at full size.

Here is the Centennial.

Here is the Sesquicentennial program.  Click on each page that interests you. 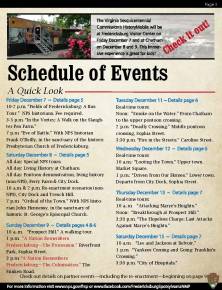 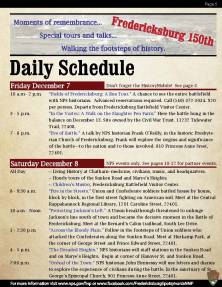 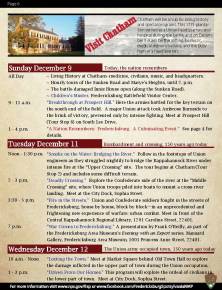 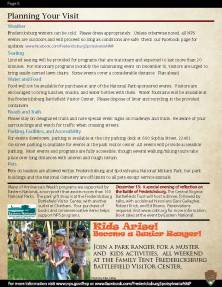 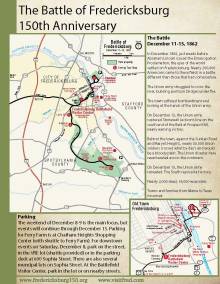 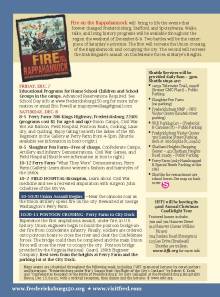 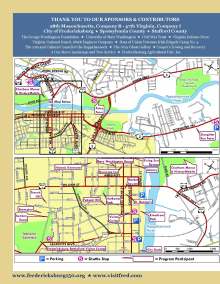 This blog has featured Fredericksburg’s Farmers’ Bank (aka National Bank of Fredericksburg) more than once in its posts (found here and here). Located at the intersection of Princess Anne and George Streets, the structure sits at what was essentially the center of the town. A prominent building, it saw tremendous activity during the war, as occupying Union troops commandeered use of the building as a headquarters and hospital both during and after the Civil War. It is also quite possible that Confederate forces also used the bank, although no sources have come to light pointing to its use by southern soldiers. It should come as no surprise that the marks of war survive on the building.

Numerous bricks on both the Princess Anne and George Streets facades of Farmers’ Bank bear the scratching and carvings of vandals. Most of it appears to be of fairly modern origin, but some of the graffiti is without question from the 19th century. Only two are legible enough to be deciphered and attributed to soldiers who passed through Fredericksburg during the Civil War. Both are the work of Confederate privates from Virginia cavalry units.

One of the two names carved into a brick is located on the George Street side of the bank, beneath a window to the left of the entrance that historically accessed the residence portion of the building.

The inscription consists of a name and partial unit affiliation carved into the stretcher of a single brick. It reads: LB ELLIS – CO A