By the end of the Civil War, the United States Army employed nearly 11,000 doctors. That was a massive increase from a mere 98 surgeons and assistant surgeons on the army’s rolls when the war began. The high rates of casualties and sickness necessitated the assignment of a surgeon and an assistant surgeon to each regiment, as well as medical staff at higher levels and also those who worked in established hospitals. The commissioning of medical personnel to volunteer regiments often became the responsibility of the governor of the state from which the regiment was raised. Such was the case with the 1st Massachusetts Infantry when on March 18, 1863 Governor John A. Andrews appointed and commissioned 24-year old Neil K. Gunn to the position of Assistant Surgeon of that regiment. Gunn, who was not a citizen of the United States, had just seven days earlier finished his course work and graduated from Harvard Medical School. 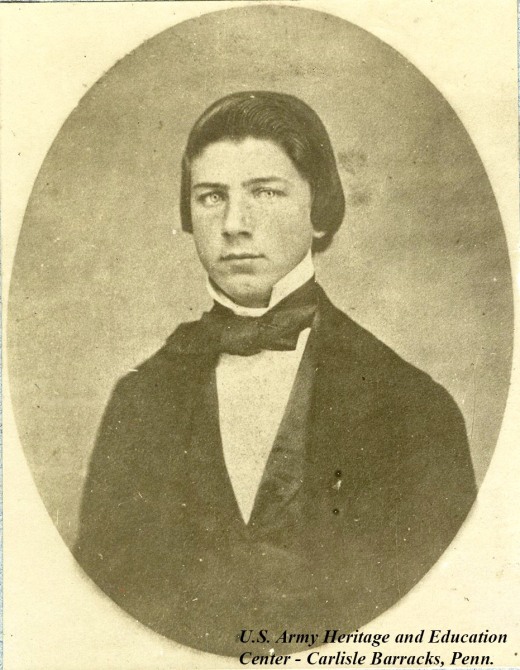 Neil K. Gunn was born in Scotland in 1839 to Catherine Gunn and her husband Reverend John Gunn. The following year the family sailed for Nova Scotia when John was recruited with four others to minister to the needs of the Scottish immigrants of Inverness County. The family settled in Broad Cove. At some point after 1860, Neil sailed for Massachusetts and enrolled in Harvard Medical School. Upon the completion of his studies and the receipt of commission and appointment Gunn joined the 1st Massachusetts Infantry in Stafford County, Virginia. He entered into his duties as the regimental assistant surgeon the final week of March 1863. Dr. Gunn arrived months after the disastrous December 1862 Battle of Fredericksburg, but just weeks before the Union Army of the Potomac took to the field again during the Chancellorsville Campaign. His introduction to war and military medicine must have been jarring.

A 3rd Corps field hospital at Chancellorsville, May 2, 1863. Drawn by Edwin Forbes, this sketch represents a scene similar to  one in which Dr. Gunn may have worked during the battle.

At Chancellorsville, Dr. Gunn’s position was on the field with the regiment.  More than likely, he was positioned near the front line and worked at the regimental field hospital. Warren H. Cudworth, chaplain with the 1st Massachusetts Infantry, remembered that Gunn “was the field surgeon for the regiment and almost constantly under fire with the rest of the men and officers.” Colonel Napoleon B. McLaughlen of the 1st Massachusetts reported a total of nine men killed and 44 wounded in the battle. Undoubtedly, Dr. Gunn treated many of those men. For the surgeons, the end of the battle did not mean the end of the treatment for many of the men required attention to wounds and injuries long after the fighting ceased. Chaplain Cudworth opined that because of Gunn’s exposure “to the fatigue, privation and inclement weather following that engagement, his constitution seems to have received a shock from which it never recovered.”