Last weekend I had the great pleasure to be invited to explore some great sites along the Rapidan in both Culpeper and Orange Counties. Brett Johnson, who lives near Rapidan, and Walker Somerville, scion of the family that has owned land at Somerville Ford for three centuries, were the hosts. My thanks to them for a memorable day–they know the ground as only locals can, and many of the specifics included here were conveyed by them.

Union pickets at Somerville Ford on September 14, 1863. Note the Confederate lunettes on the distant heights.  The two barns on the right of this image also appear in the sketch shared below.

The purpose of this post is simply to provide a visual record of what we saw, without too much elaboration. If you have questions, feel free to ask in the comments.  If I don’t know the answer, I’ll find someone who does.

Bear in mind that every site mentioned in this post is private property and generally not accessible to the public. 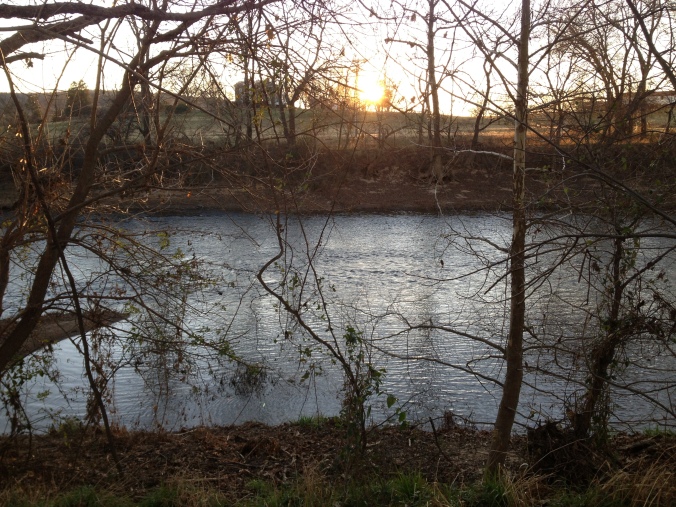 We started at Somerville Ford on the Rapidan River. Here, on August 20, 1862, the entirety of Jackson’s wing of Lee’s Army crossed to commence the Second Manassas campaign.  Samuel Buck of the 13th VA crossed here that day:

This washed-out cut is on the site of Somerville Ford on the Orange side, and may well be the remnant of the road to the ford used by Jackson’s men.

The water was pretty deep but very pleasant to our warm bodies. As soon as we could get our trousers off we waded in, yelling like a lot of school boys. It is an interesting sight to see so many men crossing a river and most amusing to hear their witty remarks.  Men under such circumstances are only grown children.

The old road leading up from the ford on the Culpeper side. The left bank of the road cut is clearly visible.

On September 14, 1863, Union and Confederate artillery engaged in fairly robust counter-battery fire here.  Charles Furlow of the 4th Georgia (his diary is at Yale University) left a fair description. [More images beyond the jump.] END_OF_DOCUMENT_TOKEN_TO_BE_REPLACED

Rare is the Virginia house that has its own Wikipedia entry. Clover Hill does. The house sits a three hundred yards north of Route 3 a few miles east of Culpeper, alone amongst the farm fields its owners once commanded. It’s distinctive–classically Gothic, though it was not at its origins, said to have been about 1775, long before Gothicism took root.

During the Civil War, Clover Hill gained fame for two things. In the aftermath of the Battle at Brandy Station, Lt. Col. Frank Hampton of the 2d South Carolina Cavalry died in the house–in the front-right first-floor room–after being wounded in fighting on nearby Hansborough’s Ridge (a fabulously evocative place).

Custer and his new bride Libbie.

Later, it was the scene of the wartime honeymoon for George A. Custer and his new wife Libbie, who would spend about a month there with her new husband in early 1864. He named the place “Camp Libbie” in her honor. Our friend Bud Hall has written about Custer and Clover Hill here.

After decades of relative prosperity, Clover Hill has in recent decades suffered a steady decline. Bud Hall (the only cover boy among Civil War historians, in 1991), who knows and watches over Culpeper’s Civil War landscape like no one else I know, has sent along a series of images that shows Clover Hill over the years. We’re grateful to Bud for sharing, though we lament the apparent fate of his photographic subject.

Here is Clover Hill as it appeared in March 1864.

Custer and his staff in front of Clover Hill, March 1864. 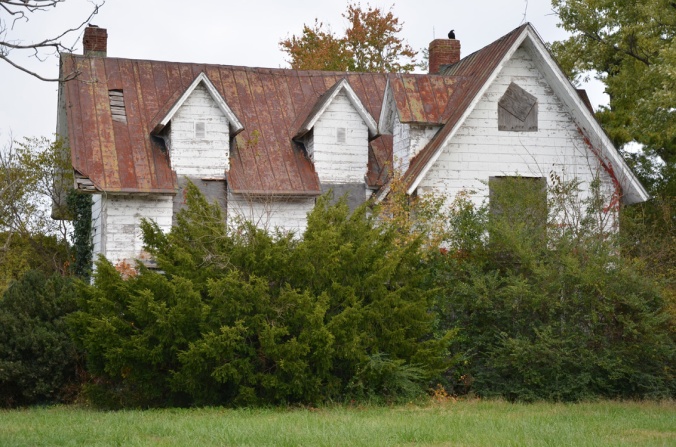