An artist's conception of Mannsfield in the 18th Century

Of all of the Fredericksburg region’s historic homes, likely none exceeded Mannsfield for beauty, complexity, and elegance. Built about 1770 at the behest of Mann Page, it was of cut sandstone, with by some accounts marble floors–a large home with forward-sitting flanking dependencies.  It stood about a mile downstream from Fredericksburg on the banks of the Rappahannock.  The site of Mannsfield was destroyed by gravel and sand mining after 1934, but before it disappeared the National Park Service conducted one of the most extensive archeological excavations in this region’s history. We’ll have a good deal more to say about that in a post I’m now putting together, but in the meantime I wanted to share this rather stunning image I found as I rooted through materials related to the Mannsfield dig. 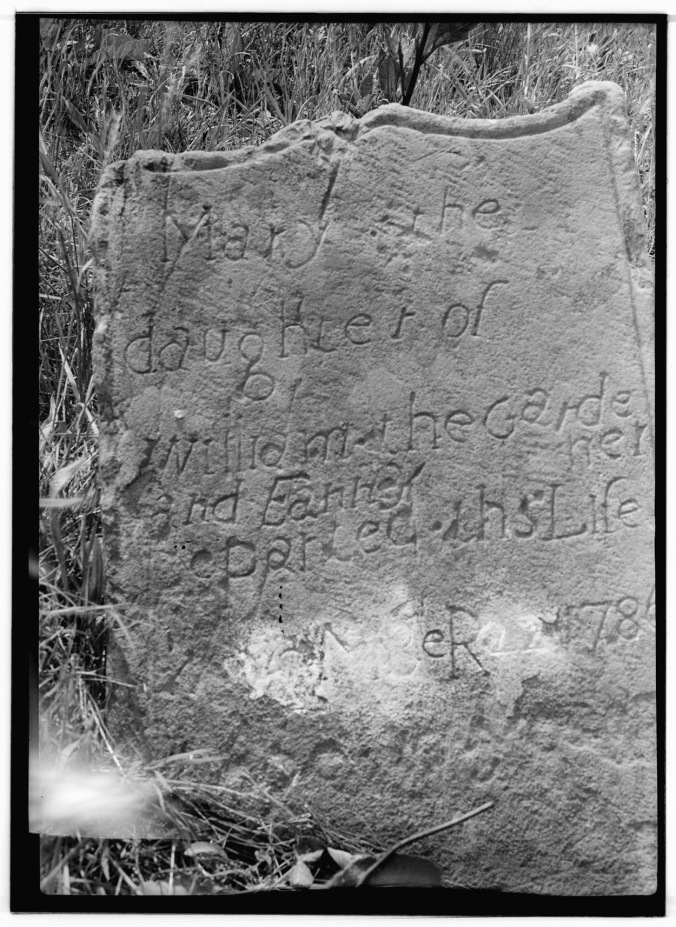 This appears to be the gravestone  of one of Mann Page’s slave, simply and crudely carved but much of it clearly read:

Mary  the daughter of   William the gardener     and Eanness (?)

I have seen few artifacts as powerful and evocative as this, clearly done by someone with no expertise in stonecarving but possessed of a determination to memorialize a death nonetheless.

The Mannsfield dig produced thousands of artifacts, some of them, like this, spectacular–all of them once in the hands of the National Park Service. But where are they now?  What  happened to this headstone?  Where exactly was it found? Does it survive–and can we get it back to Fredericksburg as one of the great slave artifacts ever uncovered in this community?

I’m not optimistic we can discover the fate or, better, location of the collection, but we’ll work on it and keep you informed of our quest to solve this little mystery (and if you’d like to help, let us know).

In the meantime, have any of you ever seen anything like this headstone?

3 thoughts on “A stunning artifact from Mannsfield…now lost”